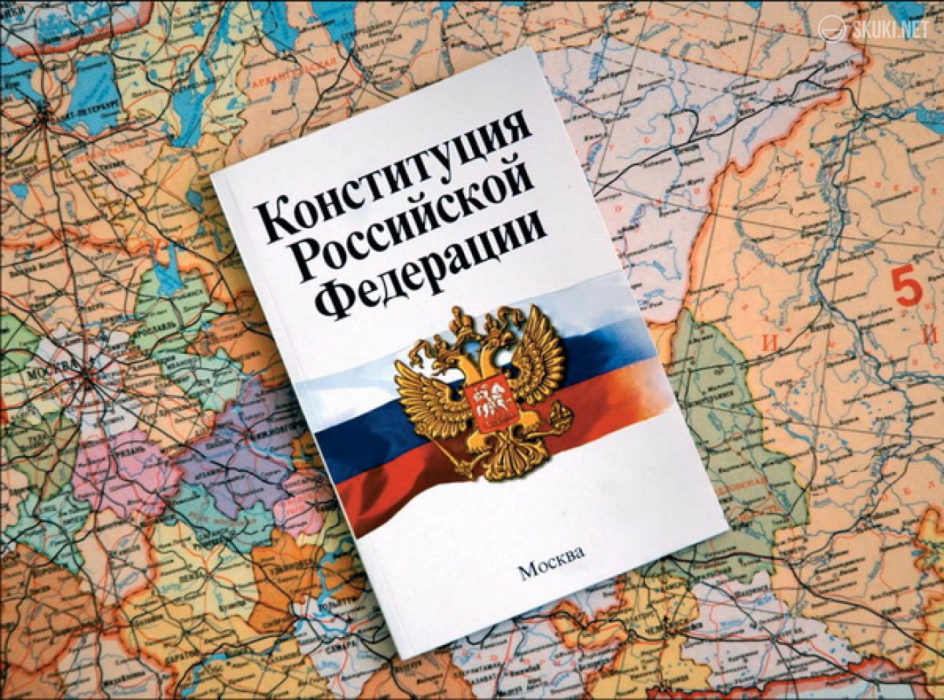 150 thousand of our fellow citizens, peaceful and honest people, became outlawed today. Any time, each of them can be arrested and sentenced to imprisonment. These people did not kill, did not rape, did not steal or act brutally. They, like more than 8 million of their brethren in the world, study and preach the Bible, and try to live it. Now they are put into prison. Their fault is that they are Jehovah’s Witnesses.

Today each of them can become a political prisoner.

More than a year ago, on April 20, 2017, an end was put on religious freedom in Russia — the Supreme Court of the Russian Federation declared all 396 organizations of Jehovah’s Witnesses extremist and banned their activities for the fact that in their publications the Witnesses placed their religion above others.

In a story about a person who found at Jehovah’s Witnesses’ answers to questions that a Catholic priest could not solve, courts found propaganda of religious superiority – that is all their extremism. Such “extremism”, and much more brutal one, could be found in doctrinal, liturgical and other texts of majority of denominations. Approaching religious scriptures with the same criterion means that all religions should be banned.

Then a mechanism, senseless and heartless, started its work.

Law enforcement bodies, carrying out raids and arrests, and courts, authorizing searches in homes of Jehovah’s Witnesses and imprisoning them, refer to the decision of the Supreme Court to unconditionally ban activities of this religious organization. The Supreme Court, prohibiting the Witnesses, referred to decisions of district courts to recognize the texts as extremist. District courts referred to expert opinions. Experts who work for FSB and its Department for Countering Extremism are able to detect “signs of extremism” even in a recipe of a beet-root soup.

As a result, joint irresponsibility of authorities led to a police operation from Kaliningrad to Kamchatka against innocent law-abiding citizens. This operation by special forces is carried out, in fact, on the basis of several contract examinations.

The logic is simple like this: if Jehovah’s Witnesses are extremists, they should be in prison. Participation in activities of an extremist organization is punishable up to 6 years of imprisonment, and “organizing activities of an extremist organization” — up to 10 years. For June 15, 2018, 20 Witnesses were taken into custody. This is a disgrace for Russian system of justice.

Around the world, Jehovah’s Witnesses practise their religion openly and freely. They are banned in China, North Korea, Tajikistan, Turkmenistan, Saudi Arabia, Iran, Iraq, and now — in Russia. Our country is included in this list, in fact, by the Supreme Court, and this is even greater disgrace for the country which is part of Council of Europe.

Jehovah’s Witnesses more than once confirmed strength of their faith and during the worst trials in the Nazi and Soviet camps. They were banned in Hitler’s Germany and in the USSR. Suffice it to recall the mass resettlement of this religion’s followers in 1951, when in two days thousands of families were deprived of housing and property, put into freight cars and taken to Siberia and Kazakhstan. They were fully restored in their rights after the downfall of totalitarian regimes. Under the current Law of the Russian Federation “On the rehabilitation of victims of political repression”, Jehovah’s Witnesses are recognized as “victims of arbitrary actions of the totalitarian state”.

There is nothing to charge this denomination with since there was nothing worse than unkindly testimonies concerning priests. In the USSR, this “highly dangerous anti-Soviet sect” was accused of refusing to serve in the army, take part in elections, join trade unions and sign petitions “in defense of peace”. However today, Witnesses find civil employment instead of military service, while other matters turn out to be voluntary. The accusation of refusing blood transfusion is also out of date, especially when the refusal refers to a child: the leading Russian hematologist, academician A.I. Vorobyev, supported the Witnesses’ position on using blood substitutes instead of donated blood.

Today, fears of a “totalitarian sect of Jehovah’s Witnesses” is created by direct forgery and distortion, for example, by making up a blacklist of “bad religions” with a general list of their crimes, so that Jehovah’s Witnesses have to be held accountable for someone else’s misdeeds, real or imaginary.

We call for and demand:

To stop persecution of Jehovah’s Witnesses for their faith;

To release from custody immediately Jehovah’s Witnesses accused under Article 282.2 of the Criminal Code of RF (organizing activities of an extremist organization or participating in it), in fact — for practicing one’s religion;

To dismiss, using existing procedural possibilities, the decision of the Supreme Court of April 20, 2017 on liquidation and prohibition of activities of Jehovah’s Witnesses’ organizations.

The statement is accompanied by a list of detainees accused under Article 282.2 of the Criminal Code, actually brought to responsibility for practicing faith of Jehovah’s Witnesses (as of June 15, 2018).

Andrei Babushkin, member of the Presidential Council on Civil Society Development and Human Rights, Chairman of the Committee for Civil Rights

Yuri Dzhibladze, Centre for the Development of Democracy and Human Rights

Sergei Kovalev, a former political prisoner from 1974 to 1984, a board member of the Sakharov Center, a member of the board of the “Memorial” Society, the Human Rights Ombudsman in the Russian Federation 1994-1995.

Jan Rachinsky, Chairman of the Board of the International Society «Memorial»

Yuri Savenko, President of the Independent Psychiatric Association of Russia

Alexander Cherkasov, Chairman of the Council of the Human Rights Center «Memorial»

Alexander Verkhovsky, a member of the Presidential Council for the Development of Civil Society and Human Rights. Director of the Information and Analytical Center «Owl»

Vladimir Grabkov, Sakhalin branch of the Movement «For Human Rights»

Alexander Guryanov, deputy chairman of the Council of the Scientific and Information and Educational Center «Memorial»

Natalya Guseva, coordinator of the Chelyabinsk regional branch of the Golos Movement

Sergey Davidis, the head of the Program for Support of Political Prisoners of the HRC «Memorial»

Natalia Dzyadko, Director of the Center for Assistance to Criminal Justice Reform

Vladimir Ryakhovsky, member of the Presidential Council for the Development of Civil Society and Human Rights

Alexander Soldatov, editor-in-chief of Portal-Credo.Ru, correspondent of Novaya Gazeta, a member of the Ukrainian Association of Religious Scientists

Sergei Filatov, President of the Foundation for Socio-Economic and Intellectual Programs, Chairman of the Writers’ Union of Moscow

Viktor Sheinis, Member of the Political Committee of the “Yabloko” Party, Moscow

Andrey Yurov, international human rights activist, member of the Presidential Council for the Development of Civil Society and Human Rights

(The application was signed by more than 150 people.  Full list of signatories see on the russion version )

List of detainees accused under Article 282.2 of the Criminal Code, actually brought to responsibility for practicing faith of Jehovah’s Witnesses (as of June 15, 2018)