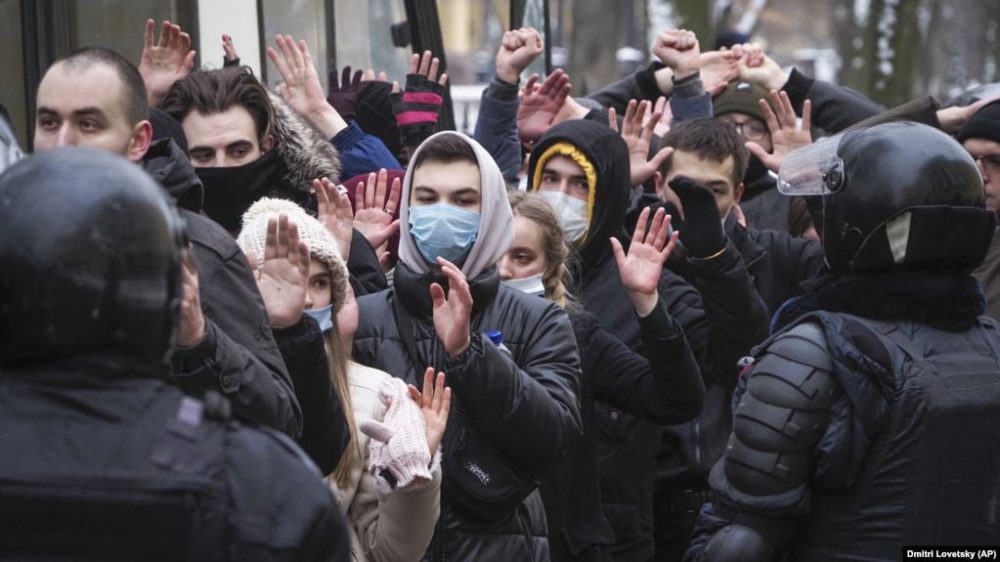 In recent days, we have witnessed a new wave of lawlessness and repression by the authorities against Russian citizens.

Russian authorities’ persecution of Alexei Navalny in recent weeks has caused justified outrage among a huge number of citizens across Russia. His arbitrary detention at passport control, the farcical court hearing at the police station on the restraining measure, and the unjust court decision on 2 February to replace his suspended sentence with imprisonment can be seen only as politically motivated persecution of Navalny for his opposition activities and as intimidation of all citizens who actively advocate for change in the country.

Throughout the country, the authorities have responded people’s outrage, expressed peacefully in accordance with the human rights guarantees established by the Constitution and international treaties ratified by our country, with mass, unjustified detentions, including preventive ones, administrative arrests and severe beating of participants of peaceful protests.

It is with indignation and alarm that we note the unprecedented escalation of unjustified violence by law enforcement agencies against protesters, journalists doing their job, and even bystanders. Never in the history of modern Russia have there been so many beaten, detained and arrested people as in these days. We recall that the European Court of Human Rights has repeatedly pointed out that the lack of authorisation by authorities cannot serve as a justification for the dispersal of a peaceful assembly.

Equally massive has been the violation of the rights of people detained during the protests. While awaiting trial or the start of administrative detention, they are being held in inhumane conditions amounting to torture; many are unable to receive food and necessary medicines and to exercise their constitutional right to a legal defence by a lawyer.

The practice of falsifying administrative cases against detainees continues. We are particularly concerned about the launch of politically motivated criminal cases on charges of violating sanitary and epidemiological rules, preparing mass riots, etc. As a result, we have every reason to fear a significant expansion of the list of political prisoners in our country.

We demand that the Russian authorities:

Yuri Dzhibladze, Centre for the Development of Democracy and Human Rights

Valentina Cherevatenko, the Union “Women of the Don”